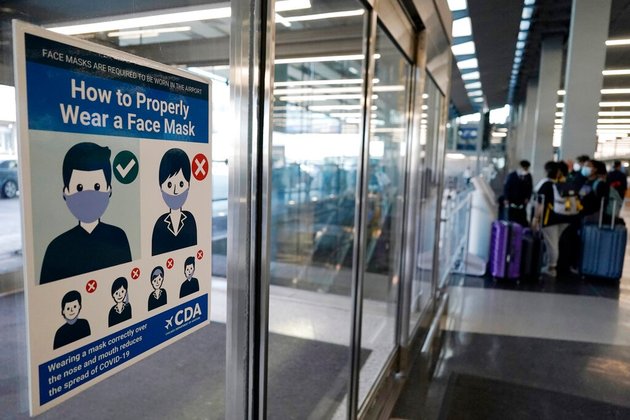 The White House has confirmed that it is considering requiring foreign visitors to show proof of vaccination to potentially restart international travel.

The United States still has no timetable for resuming international travel given the spread of the delta variant of the coronavirus that causes the COVID-19 disease.

The U.S. first imposed travel restrictions on China in January 2020. Since then, several other countries, including India and many in Europe, have faced similar restrictions.

Two issues facing a proof-of-vaccination plan are what would be considered proof and whether the U.S. would accept documentation from people who have been vaccinated with products that have not been approved in the U.S.

In contrast, at the U.S.-Mexico border, which is still seeing record numbers of migrants attempting to cross, proof of vaccine is not required before migrants are released into the U.S.

During the last week of July, about 7,000 migrants were released in the border town of McAllen, Texas, with 1,500 testing positive for COVID, according to the Washington Examiner.

The Biden administration is reportedly drawing up plans to vaccinate migrants, The Washington Post reported.

Some information in this report comes from Reuters.