LONDON, UK - British Prime Minister Boris Johnson has been admitted to intensive care at St Thomas' Hospital in London after his condition deteriorated.

Mr Johnson had been admitted to the hospital on Sunday, however by early Monday night his condition, which had already worsened prompting his being admitted to the hospital, deteriorated again. At this point he was transferred to an intensive care unit, where seriously ill patients requiring around-the-clock attention are admitted. This was around 6:00pm Monday night local time.

Over the course of this afternoon, the condition of the Prime Minister has worsened and, on the advice of his medical team, he has been moved to the Intensive Care Unit at the hospital, a spokesman for his office at No 10 Downing Street said Monday night.

The PM has asked Foreign Secretary Dominic Raab, who is the First Secretary of State, to deputize for him where necessary. The PM remains conscious at this time, the statement said.

There was other support from overseas and from home. My thoughts and prayers are with Boris Johnson and his family as he continues to receive treatment in hospital, former prime minister Theresa May said in a statement.

"I want to express our nations well wishes to Prime Minister Boris Johnson as he wages his own personal fight with the virus," U.S. President Donald Trump told his nightly coronavirus briefing."All Americans are praying for him. Hes a friend of mine.Hes a great gentleman and a great leader.And hes as you know, he was brought to the hospital today, but Im hopeful and sure that hes going to be fine.Hes a strong man, a strong person."

I send all my support to Boris Johnson, to his family and to the British people at this difficult moment, French President Emmanuel Macron said Monday night. I wish him a speedy recovery at this testing time.

The news of Johnson's hospitalisation came on the same day as Queen Elizabeth II's rare televised message to the UK during coronavirus pandemic urging Keir Starmer, the newly elected Labour Party leader, who was among those who conveyed their best wishes to Johnson. "Wishing the prime minister well and a speedy recovery," Startmer tweeted.

As of Monday, the UK has reported 5,373 deaths and 51,608 people had tested positive for the virus. Astonishingly, the UK's Health Secretary Matt Hancock also tested positive on the same day as Johnson, but he has since recovered.

With input from ANI.

WASHINGTON, DC - Washington is locked down and U.S. law enforcement officials are geared up for pro-Trump marches in all ...

WASHINGTON, DC - In a sign of the changing political environment in the Middle East, the United States military will ...

Owner of pharmacy conglomerate gets 18 years for defrauding TRICARE

A U.S. businessman, a giant in the pharmaceutical industry, is to be jailed for eighteen years and will have to ...

US Senate to take up Biden's top cabinet selections 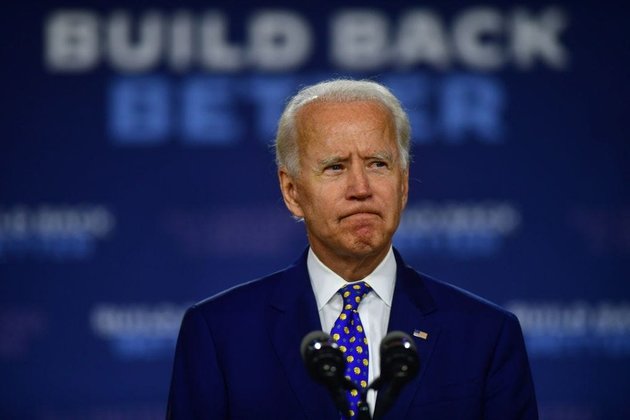 On the eve of his inauguration, some of US President-elect Joe Biden's cabinet selections will appear before the US Senate.Antony ...

US Can 'Outcompete' China, Secretary of State Nominee Blinken Says 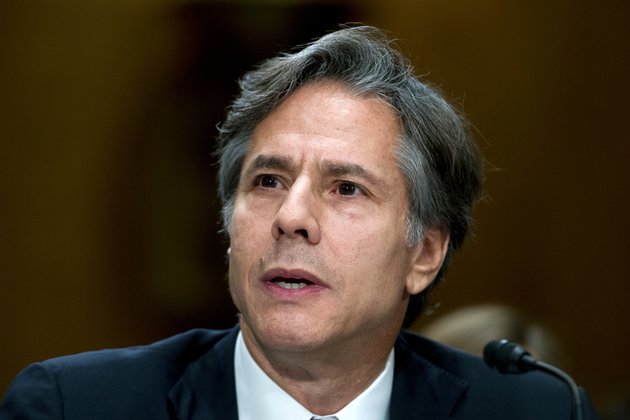 U.S. President-elect Joe Biden's foreign policy team vows to work with partners around the world to take on pressing challenges ...

KABUL, Afghanistan - Major violence has spread, and escalated across Afghanistan.Scores of national security forces and Taliban militants have been ...

JERUSALEM - Israeli authorities should provide Covid-19 vaccines to the more than 4.5 million Palestinians in the occupied West Bank ...

WASHINGTON, DC - Washington is locked down and U.S. law enforcement officials are geared up for pro-Trump marches in all ...

WASHINGTON, DC - In a sign of the changing political environment in the Middle East, the United States military will ...

A Chinese government survey ship was intercepted "running dark" without broadcasting its position via AIS (Automated Identification System) by Indonesian ...